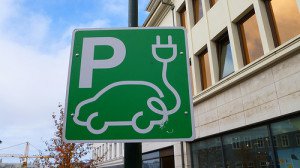 A nationwide trend that has become evident in Colorado is the “green” movement. I’ve noticed people doing all they can locally to make their business, home, and even their vehicle, eco-friendly.

As people continue this movement to protect the environment, some recent news from GigaOM puts somewhat of a speed bump in the initiative.

Electric car charging company Ecotality could file for bankruptcy in the near future. The once promising company is having a hard time improving sales and raising enough money to stay afloat in an environment that is still dominated by gasoline-vehicles.

Ecotality warned investors in mid-August that the company may be filing for bankruptcy after its shares fell 79 percent, close to $0.31 per share.

The company is trying to restructure its business model for a potential sale, but bankruptcy seems to remain on the radar.

Ecotality was among a group of technology companies that won government support for creating a market for electric cars. As with any fresh market, there have been obstacles that are challenging the company.

The need to create cleaner energy alternatives for our future sustainability is inevitable. Ecotality simply tried to address that need head-on, but it seems the United States isn’t quite ready to let off the gas. Bankruptcy may become a reality for this tech company, as it unfortunately does for many endeavors in emerging markets.

I would like to hear your thoughts on this story as the Colorado consumer. Do you think electric cars will ever become the norm? What could Ecotality have done to avoid the possibility of bankruptcy?

If you have any questions about this case or are in the stressful circumstance of considering bankruptcy yourself, contact an experienced bankruptcy attorney.