Conspiracy: What Is It? 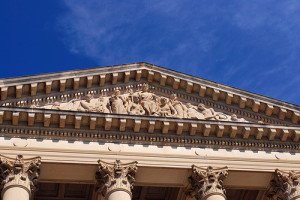 Conspiracy to commit a crime is one of a few criminal charges known as a “stand-alone” crime. This is because it carries a severe penalty, regardless of whether or not the plan is carried out to successful fruition or the intended target is actually harmed.

Why is that?  Simply put, conspiracy merits harsh punishment in order to deter people from conspiring at all.

Where two minds are better than one, conspiracy is the dark side of brainstorming. It is where a criminal element creeps into the benefit of people using their imaginations.

Black’s Law Dictionary (http://bit.ly/18asvBs) defines conspiracy in part as “[a] combination…between two or more persons formed for the purpose of committing, by their joint efforts, some unlawful or criminal act.” Instead of working to solve problems creatively, the crime of conspiracy promotes solutions through illegal means.

So what happens when a crime, let’s say a dangerous felony like murder, is compounded with a charge of conspiracy to commit the target crime?  First, these allegations would be charged and determined separately. Even with an unsuccessful result—where an attempted murder does not result in a person’s death—the defendant in some jurisdictions can still be found guilty of conspiracy to commit murder.  If the prosecution successfully mounts its case, the defendant faces an extended sentence and more severe penalties.

What makes the situation tricky for a defendant accused of conspiracy—and for his criminal defense attorney—is proving the intent to conspire to commit the crime. Who else would be present at the time of the conspiracy other than the co-conspirators, who often testify about the conspiracy in exchange for leniency or immunity from prosecution?

Obviously, in these circumstances, the credibility of the co-conspirator becomes an issue.

Now, imagine a situation in which a criminal defense attorney must challenge the testimony of a police officer about the conspiracy.

By way of example, enter the decades-long case of Debra Milke of Arizona. A judge ordered a new trial following her 1990 conviction of murder, conspiracy, child abuse, and kidnapping, which was based on the testimony of the prosecution’s key witness: a police detective claiming that Milke confessed conspiracy and murder (http://reut.rs/1fXJplv).

After being sentenced to death, Milke has now been released on bail. A judge ruled that Milke did not receive a fair trial after new information about the detective’s testimony came to light.

This story highlights the unfortunate problem with proving conspiracy – it is a crime of commission, not always the resulting harm. Speaking with an experienced criminal defense attorney preserves your rights at trial.