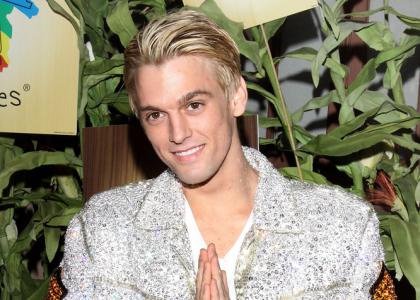 If you are in your early to mid-20s or have a son or daughter around that age, the name “Aaron Carter” will likely sound familiar.

A teen pop sensation in the early 2000s, Carter attracted a large following with his music, full of goofy lyrics and teenage dreams.

Now, as a 26 year old, financial trouble has caught up with Carter; he recently filed a bankruptcy claim to shed more than $2 million in debt. Most of this debt is taxes owed from when he was quickly making money as a teen singer.

According to a recent CNN article, the U.S. government is Carter’s biggest creditor. He owes the IRS $1.3 million in back taxes from his income in 2003—when he was 16.

The bulk of the debt is from over a decade ago when Carter was a minor and not in control of his finances.

Even with his success as a teen, Carter’s bankruptcy petition showed he had only $60 cash in his wallet, $917 in his checking account, and $5 in his savings account when he filed.

Carter has been working hard to move in the right direction career-wise and financially. Last year, he acted in over 400 performances in the off-Broadway cast of “The Fantasticks.” Currently, he’s on a 75-city tour of the U.S. but is only earning $2,000 per month for those performances, according to the petition.

As you can see, financial woes can affect anyone, regardless of salary or savings. Life takes unexpected turns, sometimes putting our bank account under strain.

Carter seems to have begun the path to financial recovery by filing for bankruptcy. If you are suffering under the weight of debt in your own life, consider the option as a possibility for relief.

If you have questions about filing for bankruptcy or are considering bankruptcy as a solution for your debts, contact an experienced bankruptcy attorney today.