If bankruptcy, criminal law, or personal injury has got you down — I can help.
Schedule a consultation today. 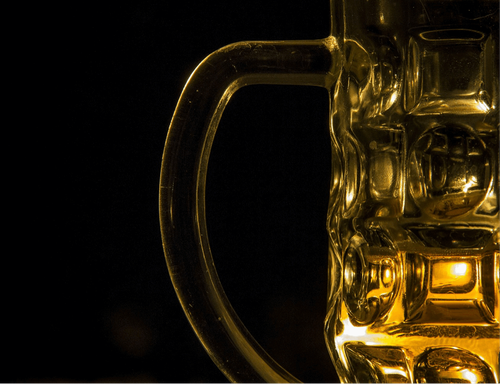 Driving under the influence of drugs or alcohol is a very serious offense, so you need someone who will take your case seriously. At The Law Office of Chris D. Hefty, I treat every client personally and take pride in the outcome of every one of my cases. I understand the emotions that are going through your head after you have been arrested with a DUI.

No one plans for their night to end with the red and blue lights flashing behind them. But when the lights show up in the rear view mirror, not only is the night over, but if you’re the driver, you may feel as if your entire life is. Most people think that one charge with driving under the influence means that they will never drive or have a job again. This does not have to be the case, however—especially if this is your first offense. As an experienced DUI attorney, I can help you feel the most prepared as possible for what may come following your offense.

Due to my experience working with clients through all different types of DUI and DWAI cases, I am prepared to answer any and all questions that you have following the incident. I understand how confusing, scary, and daunting this time can be, and my goal is to alleviate any unneeded stresses and anxieties, leaving you only worrying about the correct actions to be taken. If you have been accused of driving under the influence, call me today.

Charged with a DUI?

In Colorado, as in many other states, there are two types of offenses involving driving while intoxicated. The more known offense, Driving Under the Influence (DUI), occurs when an operator of a motor vehicle have a blood alcohol level, or BAC, or .08 or higher. If the driver is under 21, the limit is decreased to .02, and they will be charged with underage drinking as well.

The second type of offense is referred to as Driving While Ability Impaired (DWAI). An offense is classified as a DWAI when the driver of the vehicle, given that they are above the age of 21, has a BAC of .05 or higher (less than .08). A DWAI is not as serious of an offense as a DUI, but it does have its repercussions. Fines and license suspensions are not absent, but they are less severe than those of a DUI. If the driver is a repeat offender, however, a DWAI can result in much more serious consequences.

Being charged with a DUI or a DWAI does not mean that you are automatically convicted. With the help of an experienced attorney, there are many options that lie ahead of you. One DUI offense does not mean the end of your life or career, although it may feel that way initially. With the help of The Law Office of Chris D. Hefty, your options may be more open than you originally expect.

Creating the Least Amount of Effects on Your Life

To many, a DUI does not just mean a fine or a license suspension. Our clients have families, jobs, and other obligations. Without a license, how can you drive your kids to school or their basketball practices? What if your job involves driving a vehicle? Without a license, how are you supposed to get to events that you have already committed to?

A DUI charge should not be taken lightly. This is not something that you should attempt to take on alone. However, it may be very difficult to ask for help from your friends, family, or other professionals. At The Law Office of Chris D. Hefty, I understand that things happen. Just because there is a negative connotation around driving under the influence of alcohol does not mean that you should be ashamed to reach out and ask for help. By contacting me, there will be no judgment passed your way, only help and guidance. No one should feel alone during this trying time; do not hesitate to contact me.

Immediately following the incident, there are a lot of steps that lie ahead of you. If your car has been towed, the first thing that you may find yourself doing is retrieving your vehicle, which in itself can be costly. Before you rack up any more expenses, the next step you should take is to contact an experienced DUI and criminal defense lawyer. Although many people view legal help as expensive, it is a necessary cost in order to keep your other costs from increasing further.

Not only is there a monetary component to a DUI or DWAI offense, but there are other complications that one has to deal with as well. As an attorney who cares about my clients, I am not only focused on the monetary side of things, but also on the whole picture. I want you to return to your normal life as quickly as possible. The most important thing following a DUI is to return to your happiness and responsibility that you felt before you made the decision to get behind the steering wheel.

If you or a loved one has been involved in a drunk driving-related incident, do not hesitate to contact The Law Office of Chris D. Hefty today. I want to help you through every step of the DUI defense process. An experienced attorney is your best bet for reaching a favorable result and protecting your rights behind the wheel. Schedule a free consultation now!